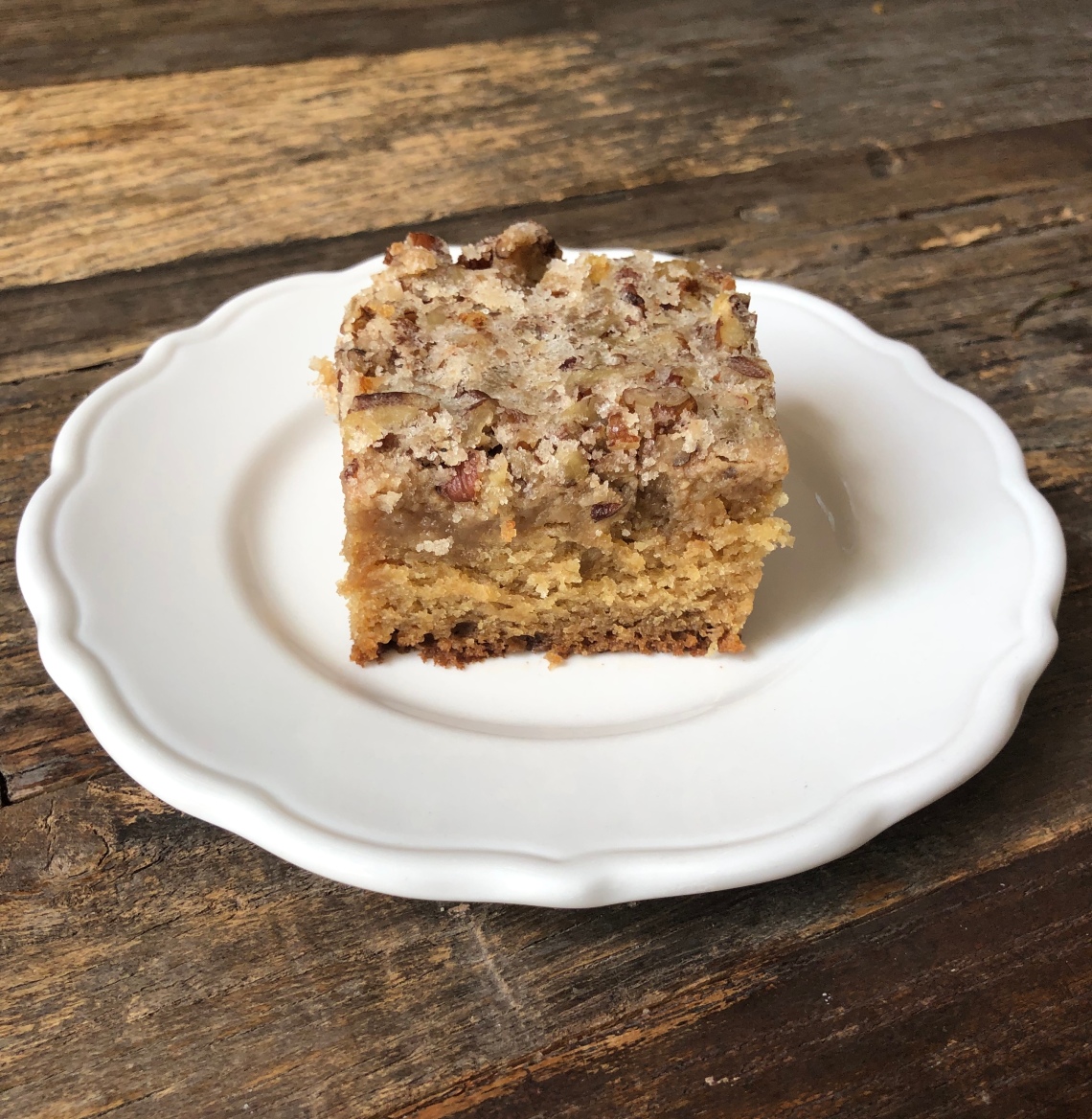 As is often the case, the simplest ingredients go the furthest. This old-fashioned buttermilk cake is the epitome of comfort food. Plush texture, moist crumb, crunchy butter-pecan topping — it has it all without trying too hard. I found the recipe from King Arthur Flour, where it can also be referred to as a Farmhouse Buttermilk Cake.

“The pecan is the only tree nut native to North America.  Its buttery flavor and unmatched nutritional content have resulted in its growing worldwide popularity. Tracing its origin to the 16th century, the name “pecan” is derived from the Native American (Algonquin) word “pacane” (pacane) that described “nuts requiring a stone to crack.”

The natives of pre-colonial central and eastern regions of North America and the river valleys of Mexico used pecans as a major food source because they were readily available, easier to shell than other North American nut species, and they had excellent taste. They were even used as currency among Native American peoples for a time.  Native tribes were thought to have used pecans to make a fermented drink called “Powcohicora,” from which the word “hickory” is derived. The tribes’ reliance on the nut for both nutrition and trade spurred their cultivation of the pecan tree.” – US Pecans

In fact, pecans aren’t just the American piece of this cake. Buttermilk is also classically American. I could never quite describe what I was referring to when I lived in France and asked people about buttermilk. And the other American aspect? Brown sugar. Mmm.

Whether you’re looking forward to the moist buttery cake beneath or the crunchy sweet pecan topping, or even that middle layer where cake meets topping that’s melted into it…you’re going to love it. Enjoy! 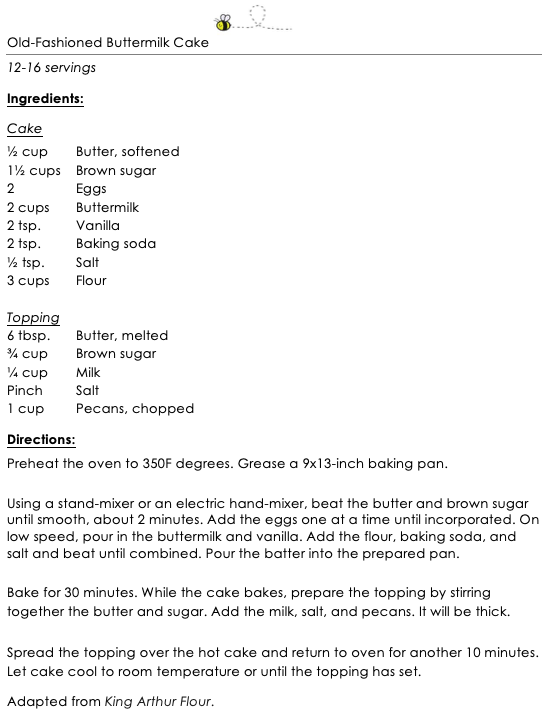 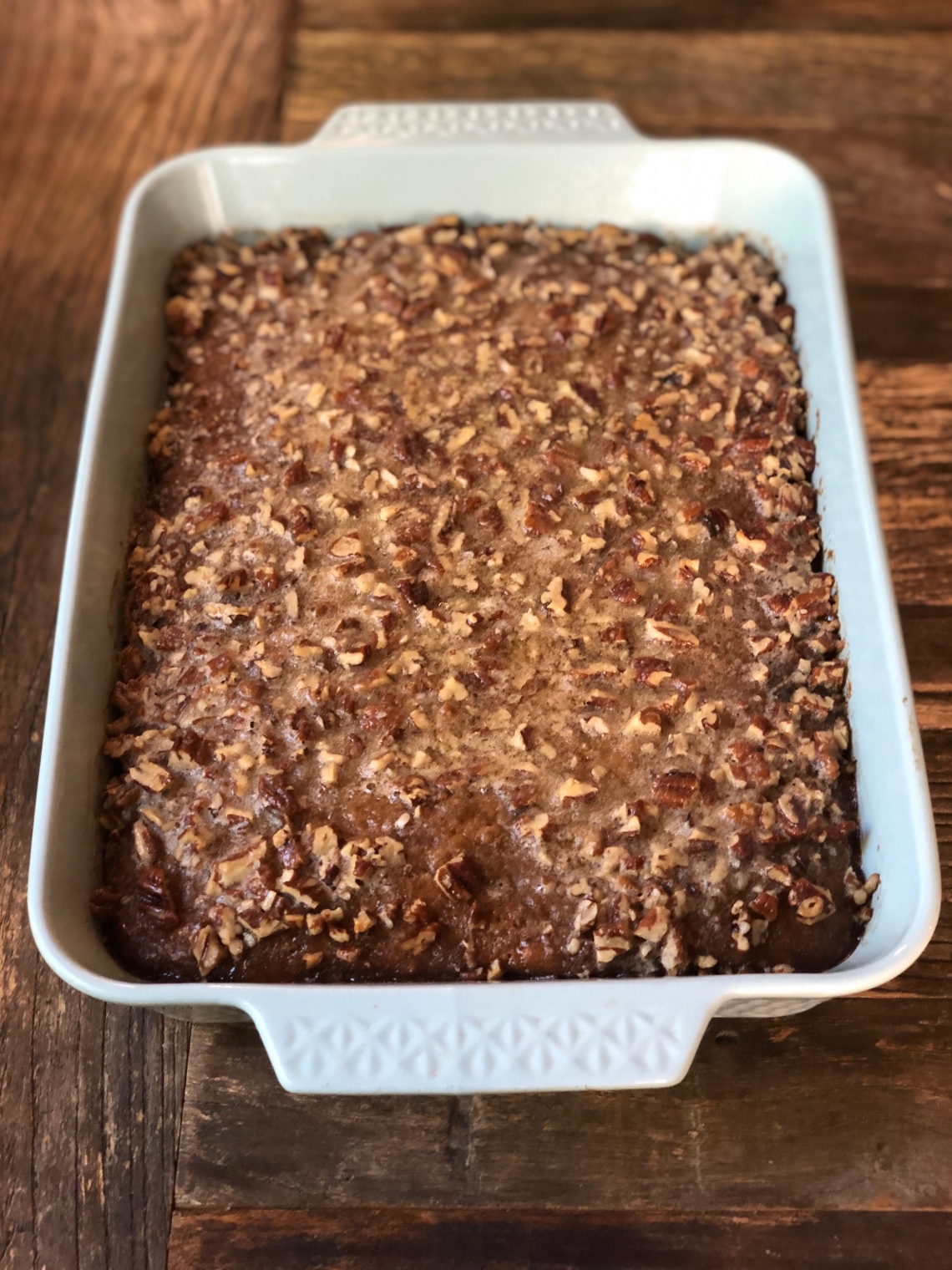