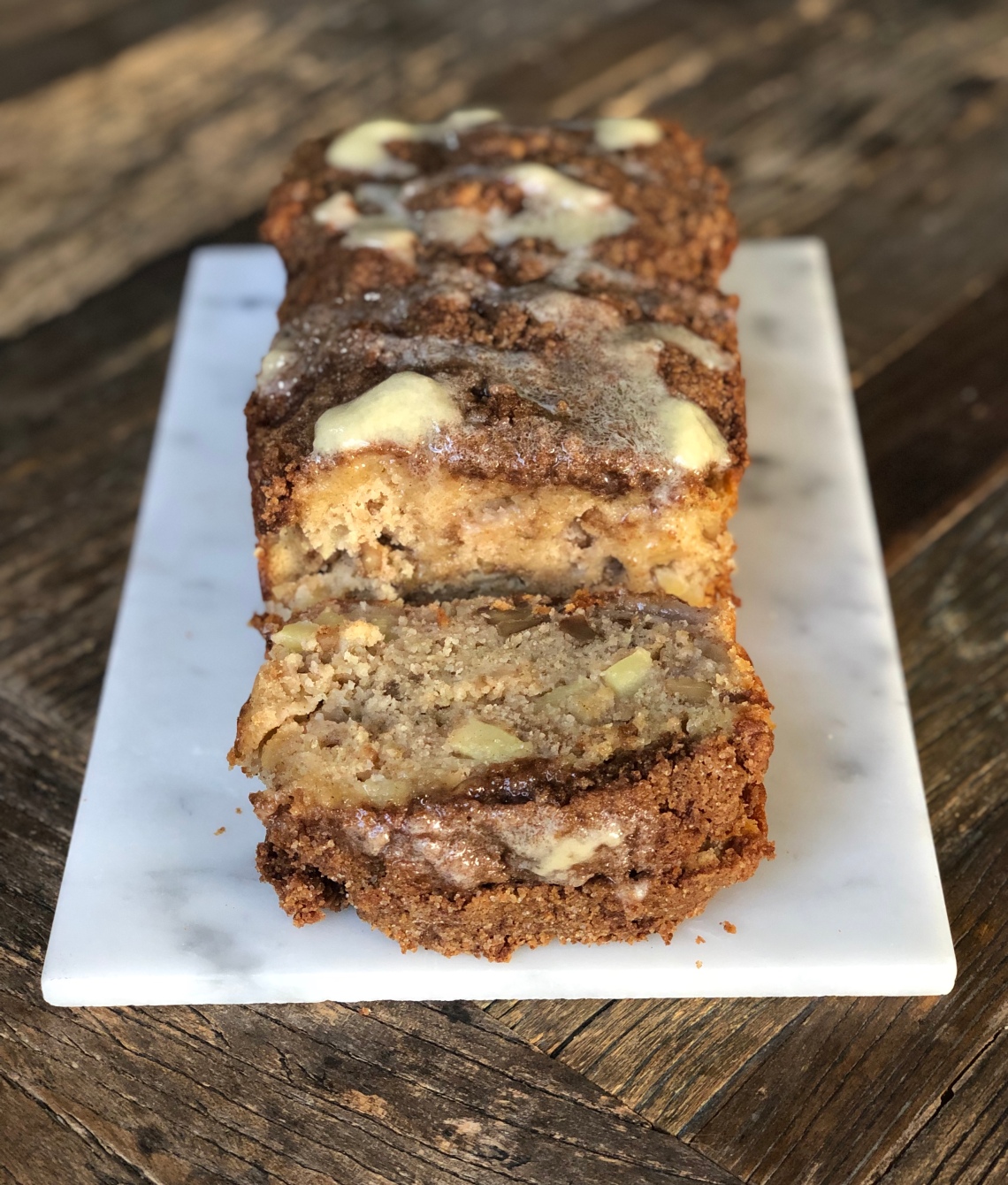 This Dutch Apple Bread requires three different components, yet even so, remains incredibly easy to create. Mainly, because no electric mixer is required. Music to my ears. The actual bread has a moist and buttery crumb, so really it’s a cake.  And the apple shines with the help of cinnamon and a touch of ginger.

While apples are typically abundant in the Fall, they’re still widely available and in season into the Spring in California. Same with where you are? Any apple can be used here.

The streusel topping is the best part, though. My husband, Fabien often cuts a slice for himself, only to find that crunchy streusel lid is missing, because I’ve steadily peeled it off bit by bit as I stroll by the kitchen. How can you blame me? It’s finished with a vanilla glaze drizzle, making it nearly impossible not to pick at.

The photo doesn’t do the glaze topping justice. You’re supposed to wait until the cake is cool to add the glaze, but the aroma in the house made it impossible to wait, so I drizzled the glaze on prematurely. It resulted in a melted buttery glaze that seeped into the streusel (…possibly even more delicious?!) that was less beautiful. 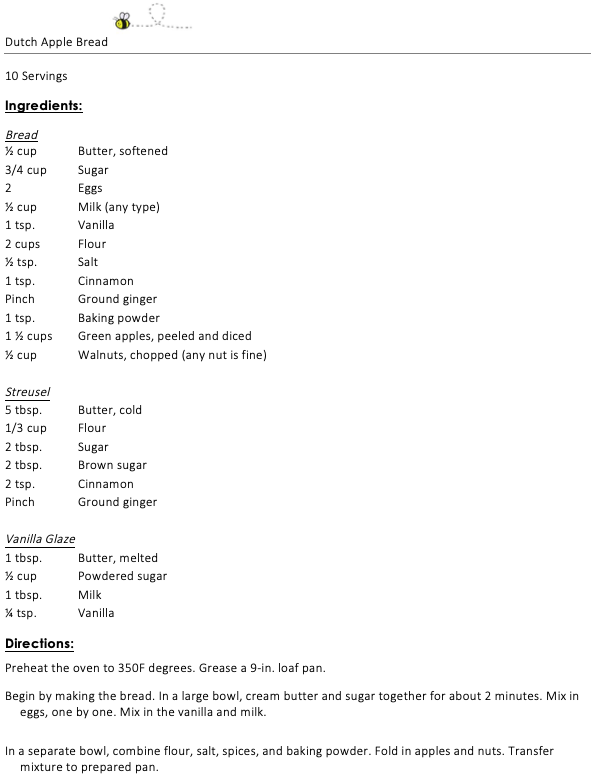