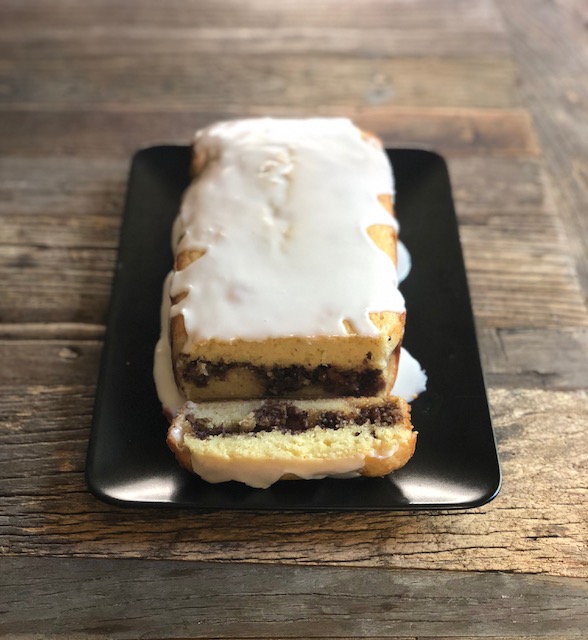 When I met Fabien, one of the very first things I learned about him was (and still is) his love for American hamburgers. While I see the appeal, I was quick to ask about his favorite American desserts. His response surprised me, although in hindsight, I’m not sure why since it’s a favorite of mine too: cinnamon rolls. Many French comment on American’s love of cinnamon. You’d be surprised how often I hear, “American’s put cinnamon in everything!” I realized that it’s definitely true for me. I sprinkle it over toast or rice, I add it to my tea, and I always find someway to incorporate it into my baking. A cinnamon roll obviously gets its name for a reason.

So while I’ve baked many a cinnamon roll, comparing recipes, and swapping those with family and friends, I tend to just buy them (eeks). The reason being, they are a yeast based dough and take forever to make. And while I love yeast based doughs, and while there’s nothing better than a homemade cinnamon roll, they require a significant amount of patience.

Most of the time, I don’t have any.

When I want to bake, but am pinched for time, I turn to this cinnamon roll loaf cake. Same flavor but no rising time. It bakes in under an hour and it produces a moist, soft crumb. It is more cake-y and less bread-y. The ingredients called for are always on hand and the result is so satisfying for breakfast or dessert. Oh, and if you love icing as much as I love cinnamon, you’ll want to be generous with it.

*Update: This was the first recipe I posted! I’m updating the it now because I’ve taken new pictures. The original picture (in this text) has almonds and the newly photographed loaf has pecans. They’re both good. Any nut will do. And if you’re not into nuts, then you can leave them out. Additionally, I used 1 1/2 tbsp. liquid in the glaze in the new picture (more) and 1 tbsp. in the first picture. Use more or less depending on how thick you’d like your glaze to be. 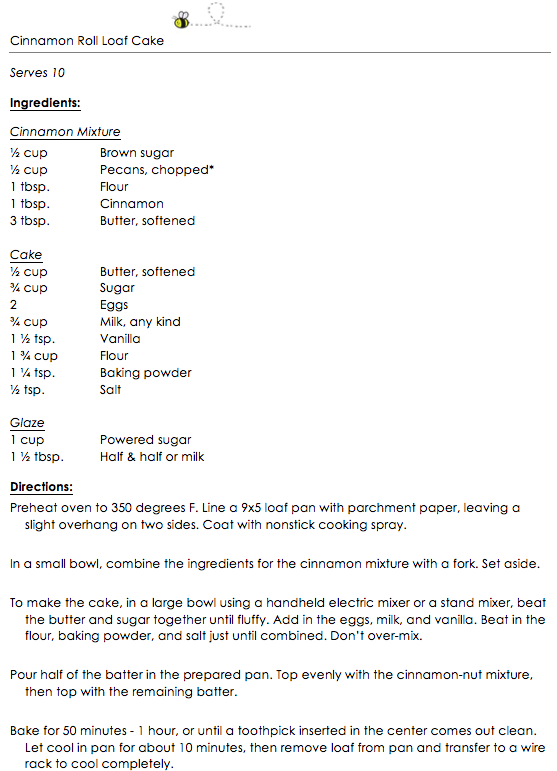